Unintended Consequences (be careful what you wish for) (July 2022)

Unintended Consequences (be careful what you wish for)

Hubris - exaggerated pride or self-confidence. English picked up both the concept of hubris and the term for that particular brand of cockiness from the ancient Greeks, who considered hubris a dangerous character flaw capable of provoking the wrath of the gods. In classical Greek tragedy, hubris was often a fatal shortcoming that brought about the fall of the tragic hero. Typically, overconfidence led the hero to attempt to overstep the boundaries of human limitations and assume a godlike status, and the gods inevitably humbled the offender with a sharp reminder of their mortality.[1]

In our view, there have been several recent examples of hubris which have resulted in unexpected outcomes.

Presumably the impetus of Putin’s invasion of Ukraine was gaining control of several possible invasion routes into Russia, creating a buffer zone from NATO countries, and bringing a Western-leaning nation (i.e., Ukraine) to heel. Unfortunately, the journey is not working out as planned. For starters, Russia now has an additional 1,100 miles of hostile border, and a massive increase in opposing forces with the addition of Finland and Sweden to the NATO alliance. Currently, the military expenditures of NATO is multiples of Russia’s and Russia’s aggressions have united NATO to a greater extent than it has been for the past 20 years.  Lastly, many inside Russia are questioning the intelligence of the invasion with Putin’s pride being the major motivator for the continuation of the effort. Even if Russia is successful in a land grab in Eastern Ukraine, the cost of holding it might outweigh any future benefit.

The presumed purpose of the January 6th Committee is to show voters that Donald Trump is a rogue (no surprise to many) and hopefully disqualify him from running in 2024. While on its face, the strategy is appealing, if the broader objective is to retain control of the White House, the Jan. 6th Committee might have handed a gift to the Republicans by clearing a path for candidates with broader appeal than Mr. Trump. There is little doubt that Mr. Trump is loved by a portion of the population, but Republicans might have a better chance of winning the presidency with a less tarnished candidate.

While the presidential elections are more than two years away, campaigning will begin this fall. Typically, the current president is a natural choice to run for a second term, but the weak economic conditions and the age of Mr. Biden are giving many pause. Unfortunately, there are few national figures who are logical alternatives; the usual first choice is the Vice President, Kamala Harris, but her approval level is low, and other logical candidates might have difficulty garnering broad appeal. Voters might tolerate woke policies when the economy is strong, but in the current cycle, pocketbook issues are likely to dominate.

As of 18 months ago, central bankers and economists were praying for inflation approaching 2% with the fear being a deflationary environment would be disastrous over time. While many might debate what the real, adjusted level of inflation is, there is little doubt that it is above 2%. However, our view is that levels will temper over time, a view shared by many making forward bets as can be seen in the below chart with 5-year, 5-year Forward Breakeven near 2.1%. Likewise, traders are expecting FED cuts next year. 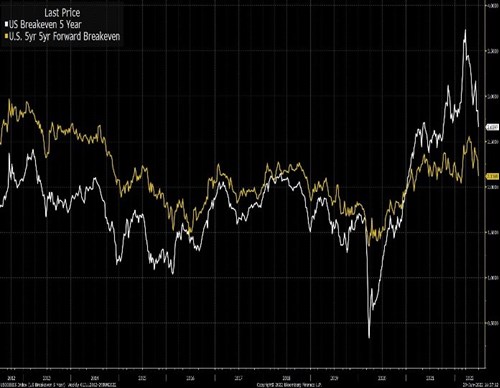 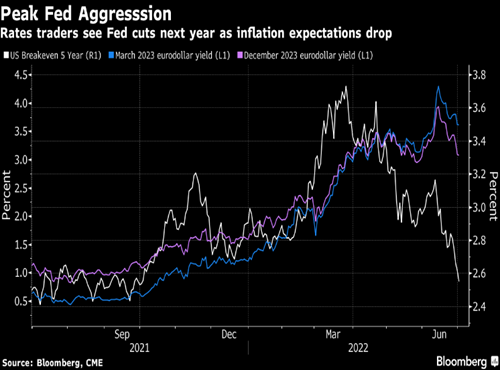 The headlines are all worry for investors. However, after speaking with some of the largest global investors in private debt, it appears the structures and yields have become more attractive, while the performance of most portfolio firms has been stable. Private equity firms are investing more resulting in reduced leverage levels while the rise in interest rates has pushed yields on floating rate debt above 8%, and most firms that are not heavily dependent on food and energy and have been holding their own in terms of performance.