The world has rapidly changed over the past couple of quarters, presenting massive challenges for professional risk managers and investors. This latest installment addresses just a few of those changes.

Previously, the primary job of a corporate executive was to maximize shareholder wealth. Adam Smith captured the thought with his Wealth of Nations which suggested that by pursuing profits, each individual was benefitting society. The author Milton Friedman updated the concept in his essay, “The Social Responsibility of Business Is To Increase Its Profits”.  That concept has been replaced by the notion that corporations should take an active interest in making the world a better place. The latest manifestation is the SEC’s recently-released climate change/ ESG disclosure requirements. Additionally, Goldman Sachs Assets Management announced it would vote against management of firms which did not disclose greenhouse gas emission data and JPMorgan, Citigroup, and BlackRock agreed to racial-equity audits. [1]

Those firms which are viewed as either uncooperative or baneful to broader society are likely to see reduced support from major institutional investors. However, this approach might need some fine-tuning as evidenced by the disruptions in the energy market; petroleum producers are often viewed as major contributors to the carbon footprint and have had restricted access to capital as a result.  Most countries still use gasoline-powered vehicles and depend on natural gas for heating. Disruptions in Russia-based energy are causing major problems.  The shift to cleaner fuel sources is progressing, but will take time.

The un-written rule for most countries over the past half century is that wars of acquisition are rarely profitable and carry the risk of incurring the opprobrium of the western world. Putin violated this norm with his invasion of Georgia in 2008, Crimea in 2014, and now Ukraine. The world is awaiting the outcome, but like Russia’s attack on Japan in 1904, Putin’s efforts are not proceeding as planned. The aggressiveness of the Ukraine defenders with the help of “St. Javelin”, that is the anti-tank missiles, in part is why Russia appears to be redirecting its efforts to the less ambitious goal of Donbas.  The sinking of an Orsk landing vessel is likely to be seen as a major blow and perhaps Russia will have difficulty holding the Donbas region.

The disruption caused by Putin’s great adventure is likely to be felt for years with the upshot being more defense spending, less Russian foreign investment, and continued energy uncertainty.

For a country which regularly appears to be on the verge of collapse, North Korea has shown a knack for attracting international headlines with its ever-more-sophisticated missile launches. Our simplistic view is that North Korea is tied to China, and China has expansionary interests, but that it finds convenience in working through North Korea.

Xi is probably closely watching Putin’s actions and perhaps more importantly, reactions in the West, and reassessing the costs of a move against Taiwan. The revival of NATO and a tighter Asia alliance is not positive. However, a weakened Russia probably makes China’s support more relevant to Russia.

By now, most believe we are in a period of heightened inflation. Authors Steve H. Hanke and Nicholas Hanlon wrote an interesting article in the WSJ editorial section regarding inflation: “Powell Is Wrong. Printing Money Causes Inflation”. The authors support inflation expectations of 6 to 9% and elaborate: 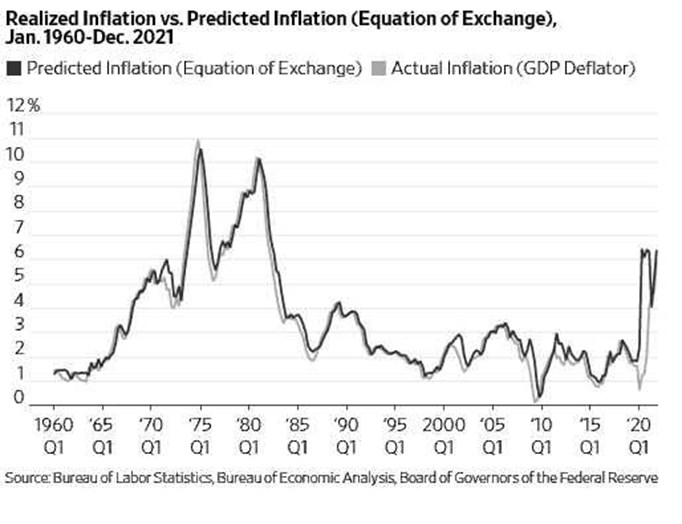 Our view is that the economy is just beginning to come to terms with the heightened inflation.

While predicting the future is fraught with risks, it is fortunate the attack on the Ukraine is bogged down. The next obvious concern is Taiwan and possibly strategic alignments of other Asian counties. Perhaps on the positive side is the rebound of markets (shown below), the likely expansion of NATO and countries increasing defense spending. 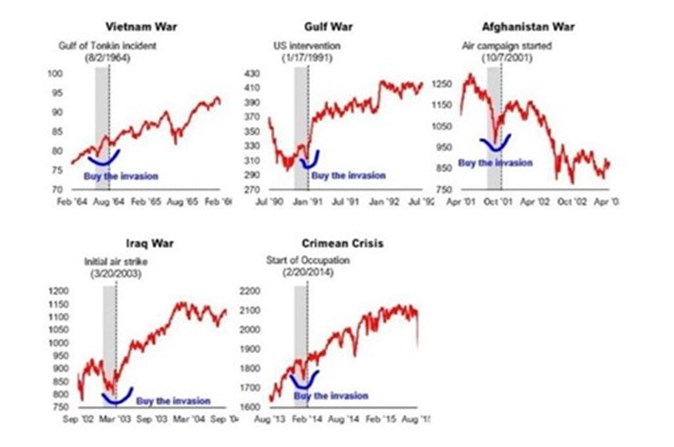