A typical method for forecasting the future is simply extrapolating from the past. This simplistic approach is typically wrong. A sounder approach is to understand the underlying drivers and to position portfolios for the inevitable turns. We believe that there are several turns or inflection points that are likely to drive markets over the several quarters.

After announcing that inflation was “transitory” in late 2021, the Fed has been on a tear over the past twelve months raising Fed funds rates 400 basis points, a record pace. We believe this tightening is likely to come to an end in the next quarter or two with a reversal in the States probably in mid-2024. The basis for our view is that inflation has been easing as indicated by the below graphs. Fiscal policy should ease with the Republicans taking control of the House, and their purported focus on expenditure reductions and easing deficits. For those followers Milton Freidman, the growth in currency is easing as shown in the below graphs. The markets typically predict future movements; yields on both the 10-year treasuries and High Yield spreads have eased. 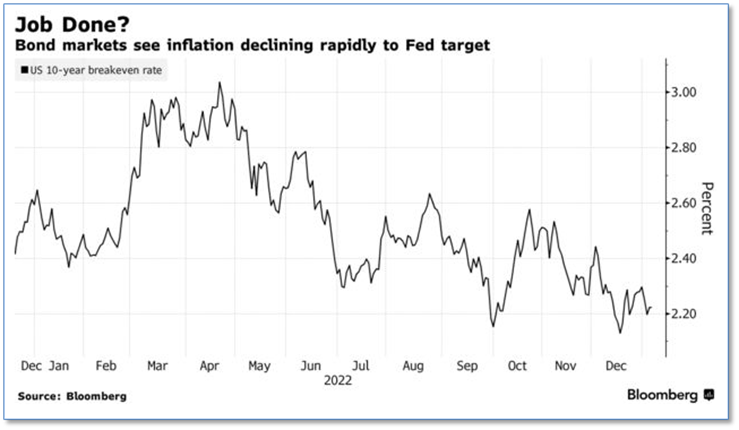 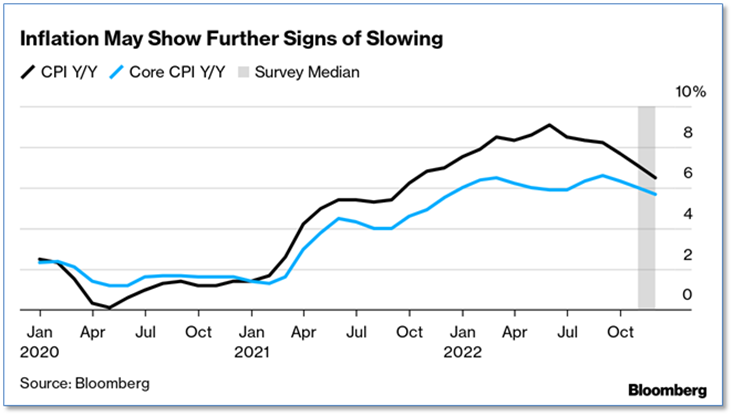 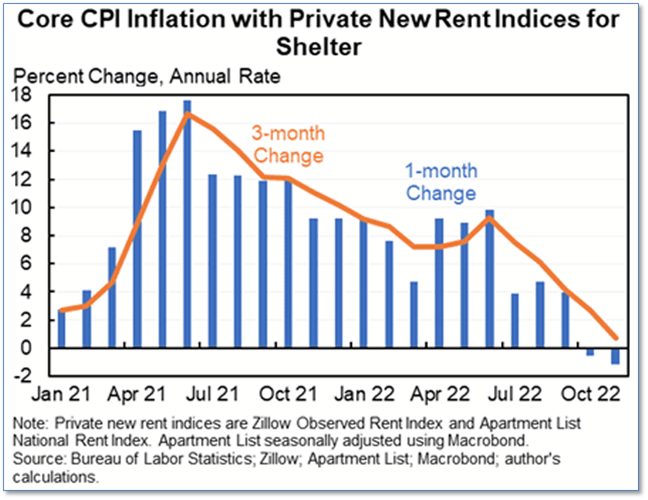 Note, the U.S. is ahead of other jurisdictions by 6 to 12 months and therefore there is likely to be a delay in actions outside the U.S.

Six months ago, nearly all economists were predicting a global recession. In the past couple of months there has been some easing of that view, and over the next couple of quarters, we are likely to see a further easing. The underlying causes are likely to be an opening of China, an adjustment to the disruption from the Ukraine War, and an eventual moderation in interest rates. The upshot is likely to be over time, a moderation of the probability of default and estimated losses. 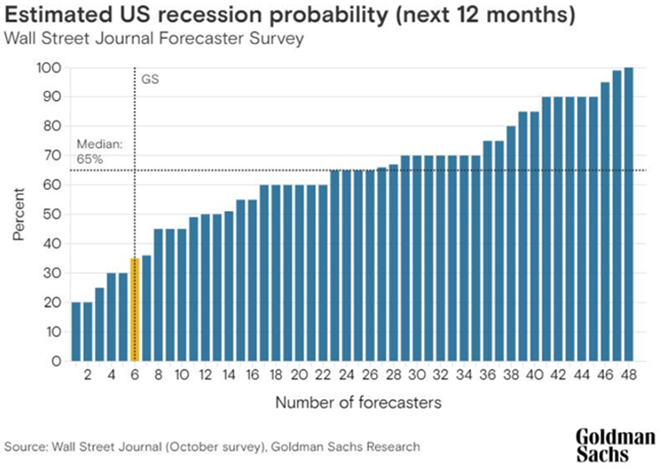 Prior to undertaking a major military campaign, typically, an equivalent of a cost-benefit analysis is performed. In the case of Putin, presumably, the assumption was that Russia could take Ukraine in the same manner that it took Crimea in 2014, Chechnya in 2009, and Georgia in 2008, and thereby create a further buffer zone for the critical eastern part of Russia and perhaps restore some of the prior borders of the USSR. The calculus was obviously wrong, and now the question is whether the additional 500k+ Russian troops will offset Ukraine’s high morale levels and the West’s military and monetary support. Wars have a tricky way of rapidly changing course, with Russia suffering significant and unexpected setbacks to date, but remaining engaged. Despite the massive costs (on multiple levels) neither Putin nor Ukraine (and its backers) appear ready to enter into serious negotiations. Some game changers might be Ukraine’s retaking Crimea or significantly more land in the Eastern Ukraine, or the passing of Putin or Zelinsky. Watch for China’s pressuring Putin to the table to ease some of its own problems.

Europe has changed massively over the past six months with wide-reaching effects. Ms. Christine Lambrecht, the German defense minister stepped down presumably in recognition that the prior policy was unworkable and that there was a need for a shift as conditions have changed. After suffering massive losses in two world wars, Germany adopted a policy of pacifism, contributing far less to its defense than expected under NATO treaties. The underlying assumption was that war in Europe was antiquated and that the best approach was one of cooperation and trade. Via trade, economies were linked and that the incentives for war were significantly reduced. That assumption was proven false with Russia’s actions in Georgia, Chenia, and Crimea, but it was not until Russia hit closer to home via Ukraine that the threat became unavoidable. The operative assumption has shifted to either attempting to contain Russia in Ukraine, or face a stronger force in one of the other eastern European countries (remember that some of the toughest Russian fighters are Chenian). Hence, while Poland recognized the threat early (probably because of their proximity to Russia) Germany, and other European nations appear to be increasingly engaged and now willing to provide more effective arms.

The inflection point for Japan was the Bank of Japan’s (BOJ) announcing a 50-basis point increase in the targeted rate for Japanese 10-year treasuries. Since like most countries, the 10-year treasury is a critical benchmark for the prices of a range of instruments, the action reverberated through the market. The Bank of Japan’s (BoJ) recent hawkish shift in monetary policy has resulted in a flurry of foreign exchange options trades, as the market looked for protection against downward moves in the dollar/yen spot rate. 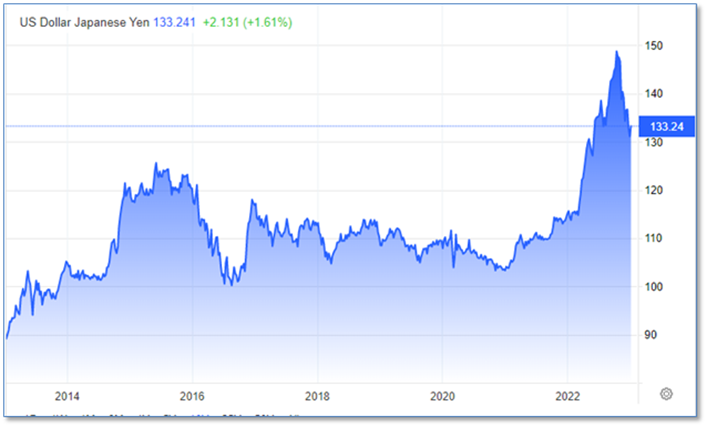 Regarding why Japan’s inflation has been relatively modest, per the WSJ:

The commentators have clearly forgotten the quantity theory of money and Milton Friedman’s dictum that “monetary policy is not about interest rates; it is about the growth rate of the quantity of money.” As a result, they have fallen into the fallacy that the stance of monetary policy can be judged by interest rates alone. Based on the growth of the money supply, Japan clearly fails to qualify as ultra-loose. On the contrary, it has been ultra-tight for decades. That tightness put Japan right where anyone using the quantity theory of money would expect: with ultra-low inflation. As Friedman said long ago, “I know of no exception to the proposition that there has been a one-to-one relation between substantial rises in prices and substantial rises in the stock of money.” [1]